Bogomolets National Medical University stands out among the highly scientific-pedagogical collective and most significant medical schools in Ukraine.

Bogomolets National Medical University offers a multicultural environment to the students. The students get global exposure in terms of traditions as well as culture. The University offers degrees like MBBS, BDS, MD, MDS, MS, and Nursing which are perceived worldwide. The total course duration is 6years including a one-year internship. The degree awarded to medical students at the end of their 6 years of training is M.D. (Doctor of Medicine, in accordance to WHO and Avicenna Directory) which is equivalent to MBBS in India and it makes them eligible to practice in any country in the world after appearing and successfully passing their respective medical licensing examinations.

Bogomolets National Medical University has a huge game complex with exercise centres, a football stadium, sports ground for handball, volleyball, a swimming pool, tennis courts, and a wellness club. The students at Bogomolets National Medical University are encouraged to participate in different social exercises, sports, courses, meetings, and examinations held in colleges. Many international competitions are also conducted every year, to provide optimum exposure to the students and help them grow holistically.

There are more than 1200 teachers, 14000 students along 1500 foreign students in Bogomolets National Medical University.

The university owns 7 dormitories in the city of Kiev for the medical students studying MBBS/MD in Ukraine with a kitchen facility and Wi-Fi connectivity.

It is only imperative that living in Kiev is an experience of a lifetime on the journey of becoming a doctor for a student studying MBBS/MD in Ukraine. This vibrant city with all its majestic glory and historic enigma also portrays a truly cosmopolitan nature which provides our students with all the amenities one might need. The city is studded with libraries, art galleries, museums, theatre halls, philharmonics, and cultural houses to name a few. To retain the old age European saga, the city is specked with bistros, café, and pub which even though are modern to the core yet retain the eliteness of its past and the city. To provide a recluse to the eyes, the city is touched with greenery by its numerous public parks and orchards that provide a safe haven for students to mingle and attune with nature. For the adventure seekers, this city has no shortage of nightlife activities for the young hearts to pursue.

Kiev is the capital city of Ukraine, bisected by the Dnieper River and known for its religious architecture, secular monuments, and history museums. The 11th-century Kiev Pechersk Lavra is a monastery and pilgrimage site encompassing several gold-domed churches. It’s known for its catacombs lined with the burial chambers of Orthodox monks, and a collection of gold objects from ancient Scythian times.

The university owns 7 dormitories within the city of Kyiv both for undergraduate and graduate students. Each of these dorms is equipped with a fully furnished kitchen for the student to use along with study hall and Wi-Fi internet connectivity.

Students can choose from a wide variety of 10 full-time courses which are:

Bogomolets National Medical University ensures that students studying MBBS/MD in Ukraine at the University are mentored to recognize their potential and talents to the maximum extent by encouraging critical thinking and independent learning. The university focuses upon the idea of cognitive learning and therefore implements both Lecture Based Learning (LBL) and Problem Based Learning (PBL). Our highly specialized and dedicated faculty members make sure that no one is left out in the journey of learning and provides all-around support to everyone who requires special attention.

Bogomolets National Medical University is proud to reveal that every one of four countries in the world has medical graduates from this institution of excellence as a flourishing medical practitioner. This has been made possible by the sheer superior quality of education imparted at this institution and rigorous training courses to season the students with the gruelling world of clinical practice. The students are encouraged and motivated to think independently and creatively. The education is not the only textbook oriented as taught in the practical classes and the auditoriums, but also real-life, clinical oriented problem based learning.

6 years studies and 1year internship. An internship can be done in the home country.

10+2 or equivalent with Physics, Chemistry and Biology as major subjects. Admission will be based on credentials and Admission test/ interview.

Eligibility : Eligibility certificate to pursue Primary Medical Qualification (MBBS or its equivalent) by an Indian citizen/overseas citizen of India is mandatory in terms of section 13(4B) of the Indian Medical Council Act, 1956.
Apply Now 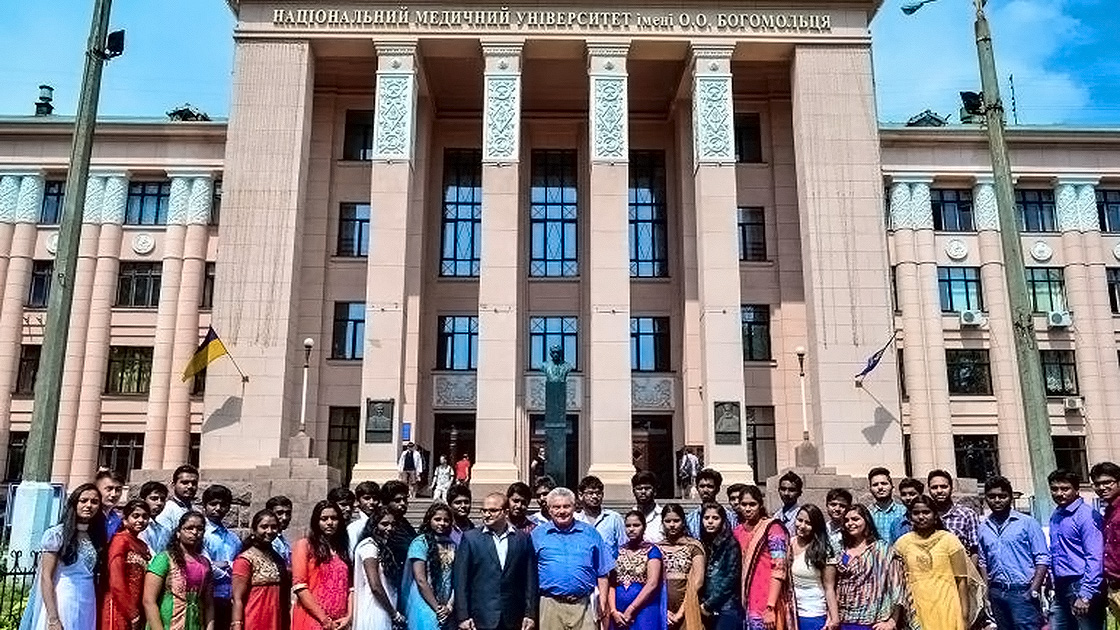 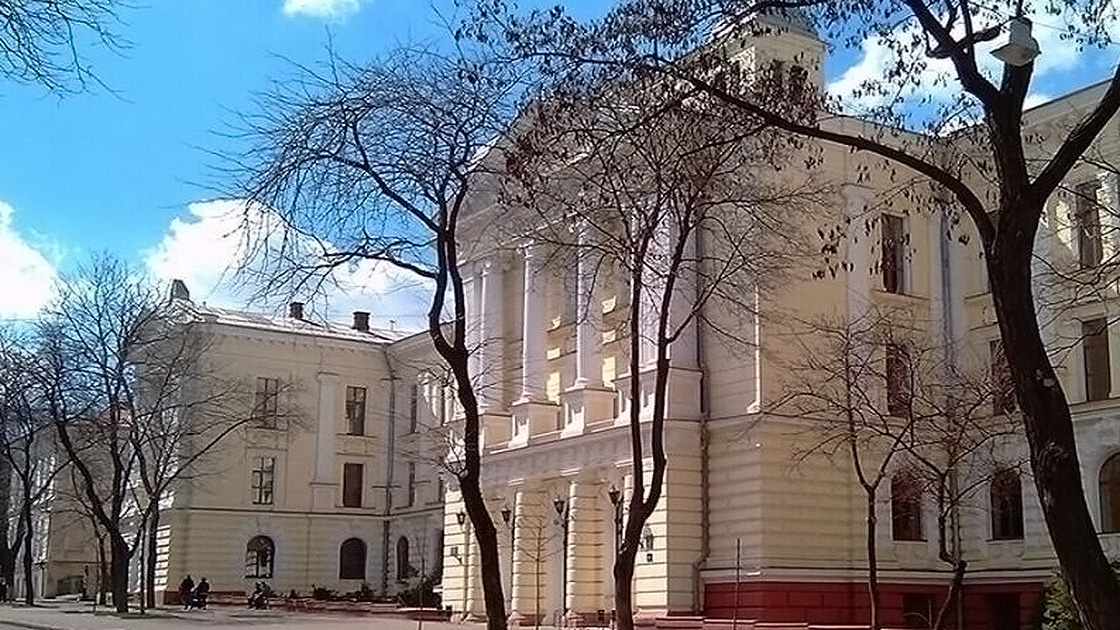 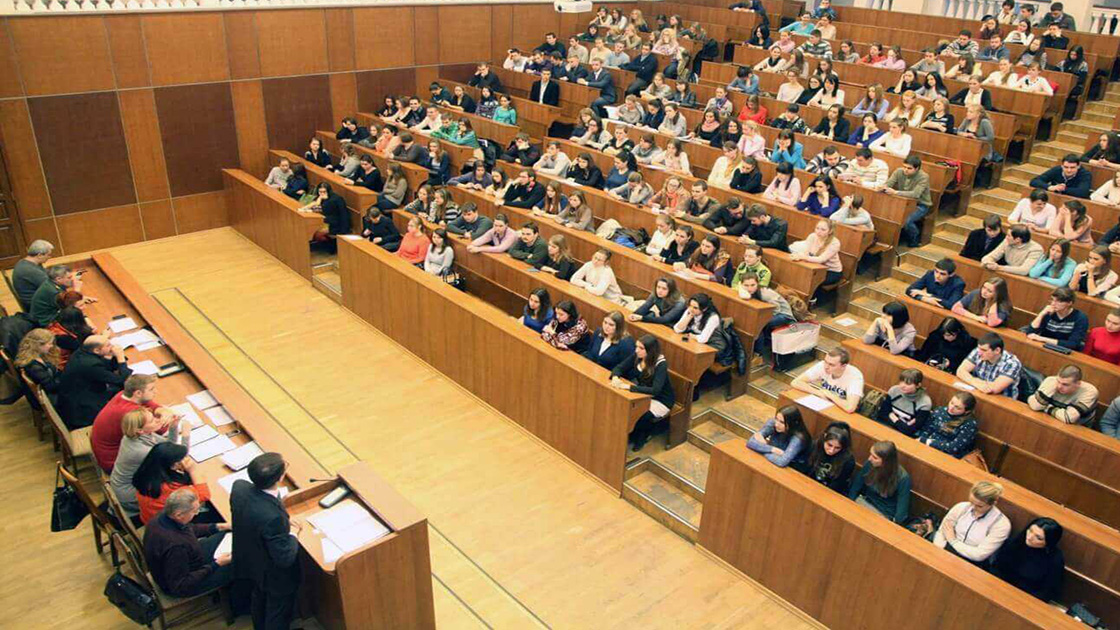 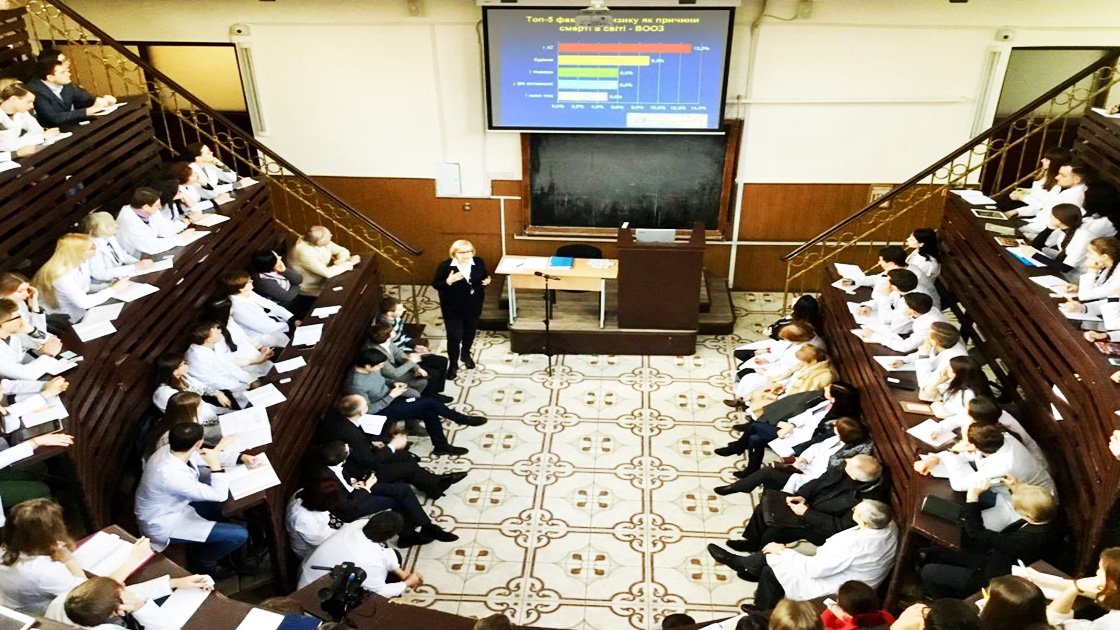 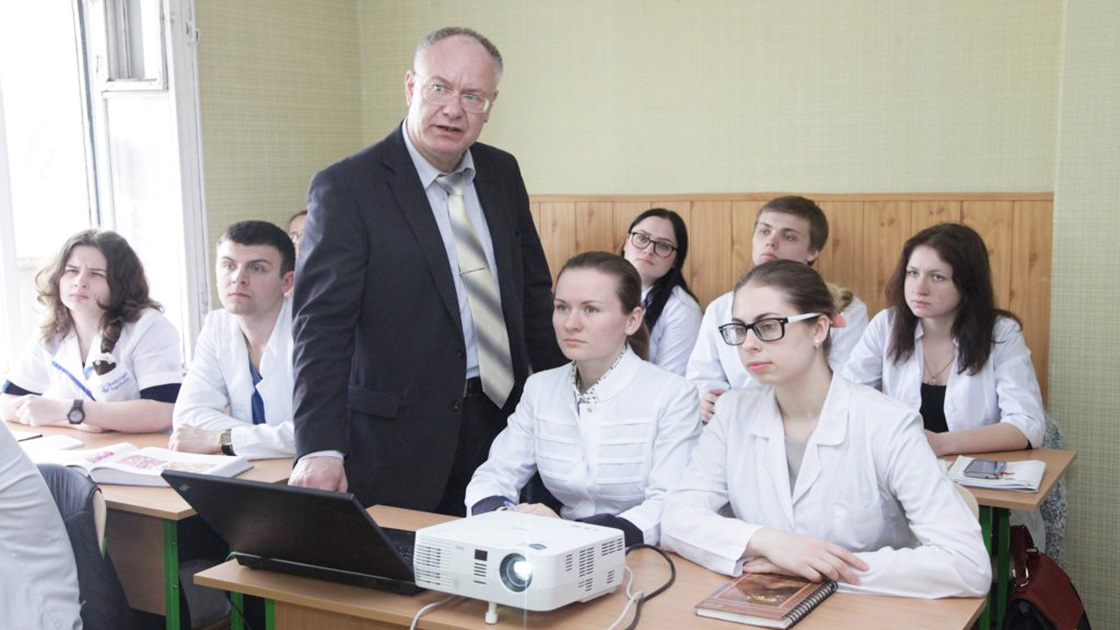 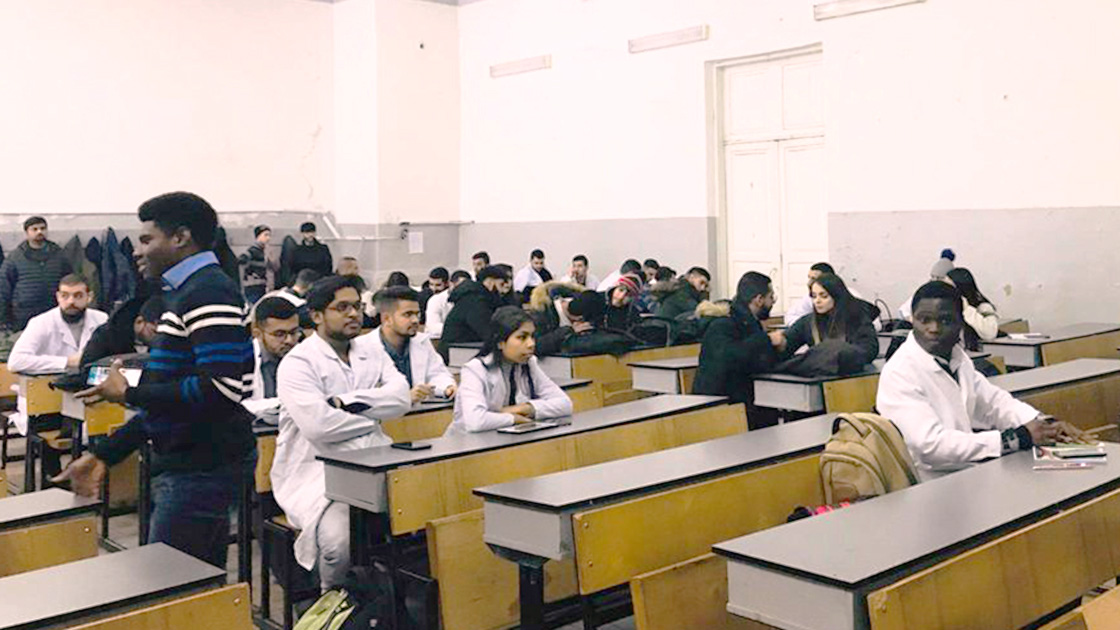 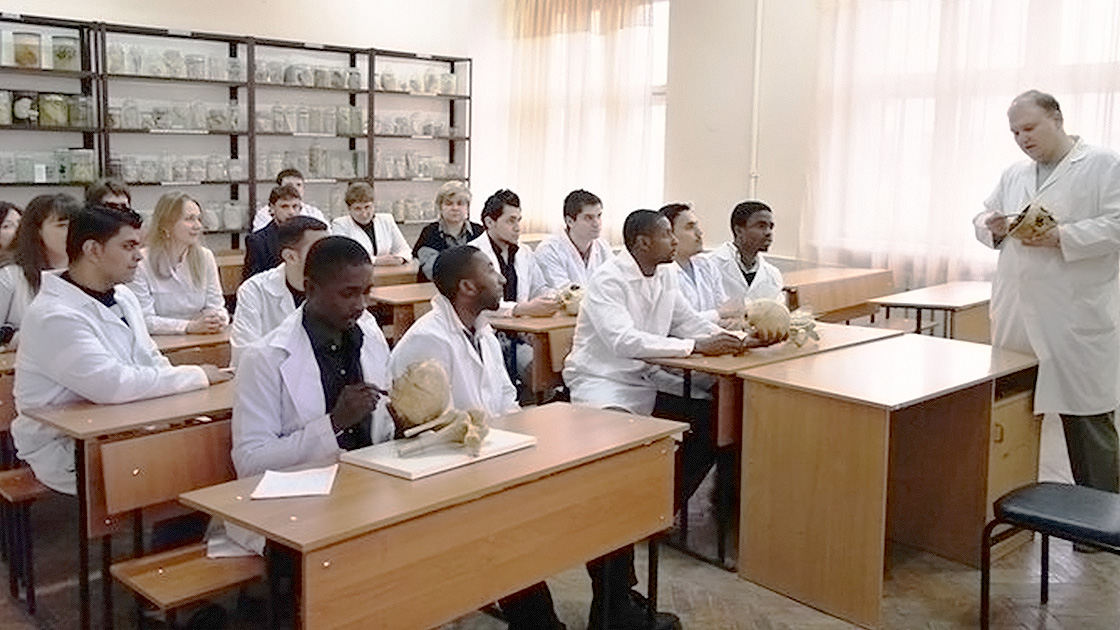 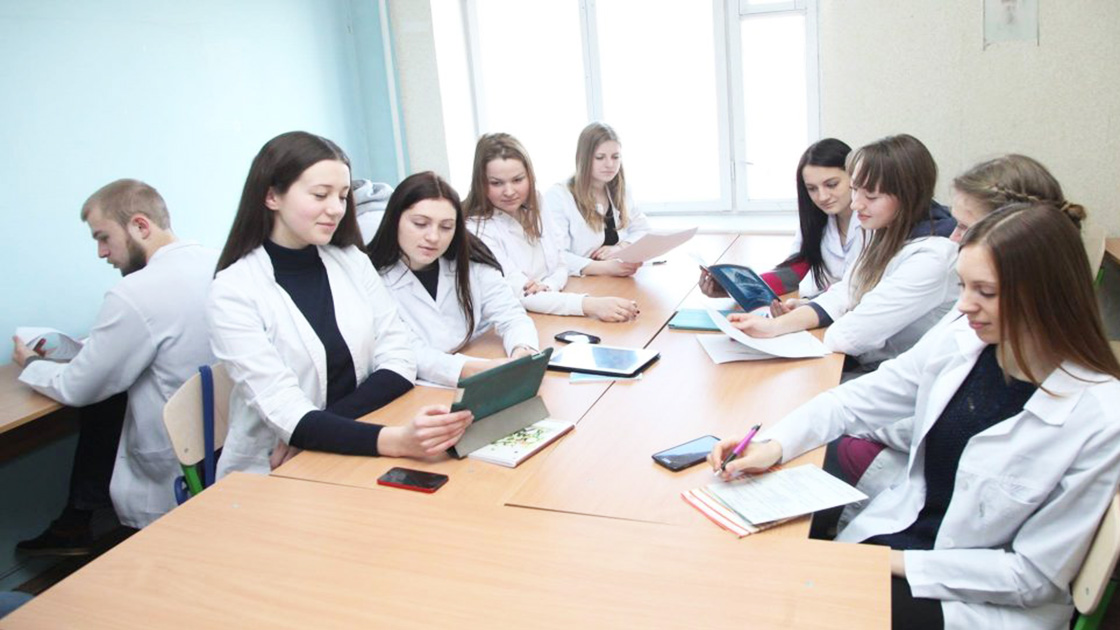 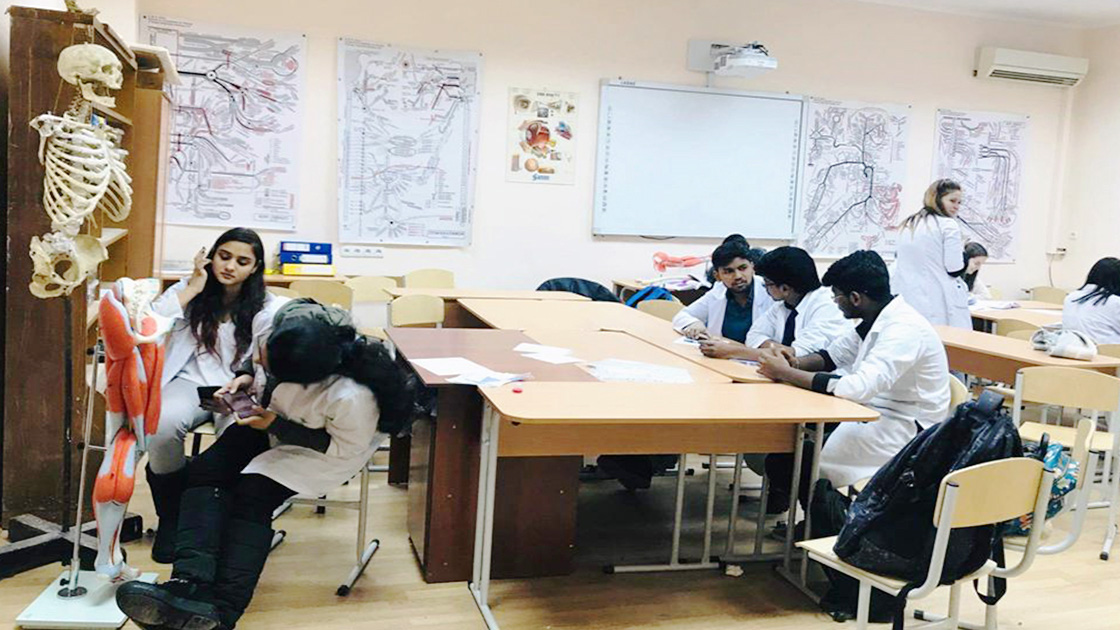